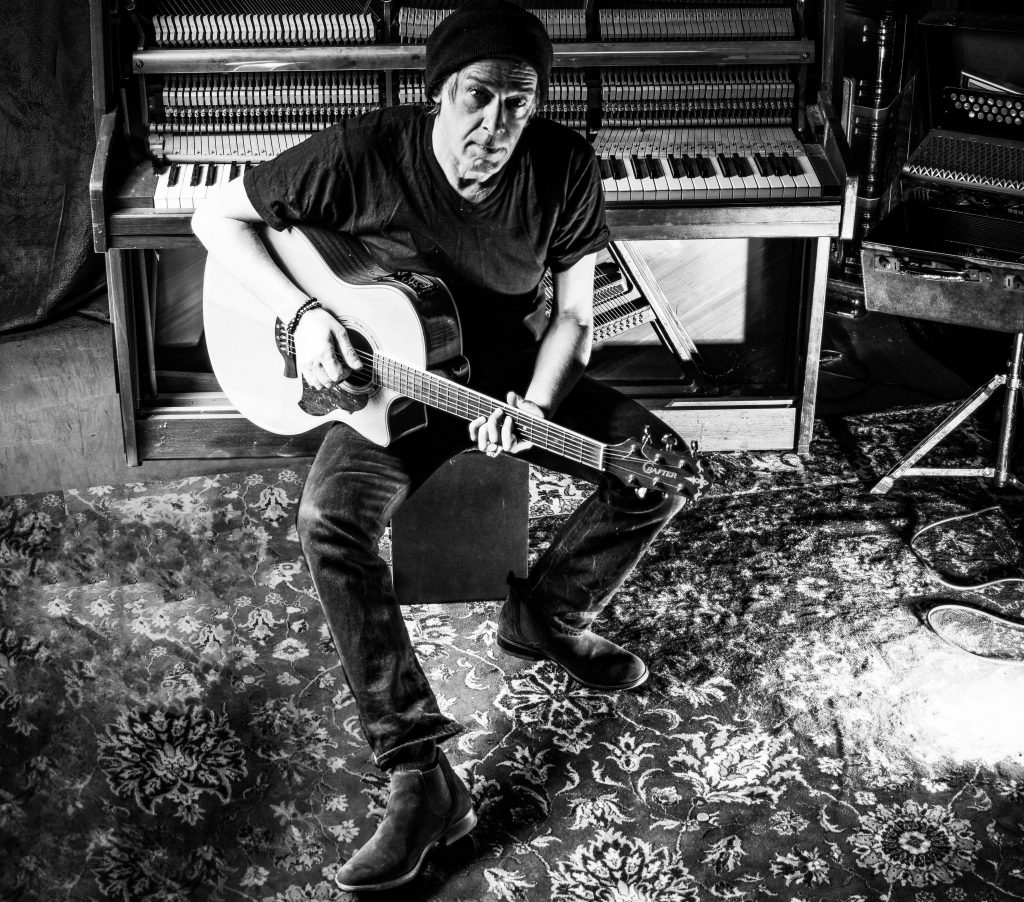 Born and raised in Kaiserslautern, he first became known to the public as a founding member of the gothic band „Arts and Decay“ from 1986 to 1992 . The band made international headlines and is considered a pioneer of German gothic rock. With the release of four studio albums and with their song „Mescal“ the five musicians had a significant influence on the German Dark Wave scene of the nineties.

Michael Halberstadt studied jazz and popular music in Frankfurt from 1983 to 1986 and lived from 1995 first in Mainz and later in Hamburg. In addition to his engagements as a guitarist for Gloria Gaynor, Nena, Frank Zander and Mathou , among others , Halberstadt composed the music for the feature films “ Die seltsame Reise des Herrn Oberbürgermeisters“ 1996 by Karl-Heinz Christmann and the 2017 documentary “ Aura“ – a production of the Erithrean filmmaker Solomon Tsehaye, who shows in it the lives of refugees in Kaiserslautern. For the play “ A Summer Night“ by David Graig, Michael Halberstadt took over the musical direction at the Pfalztheater Kaiserslautern in the 2016 season.

After the turn of the millennium, he returned to his hometown of Kaiserslautern, and in 2015 founded the formation „Shaian“, an intercultural band with twelve musicians from a wide variety of cultures, which was awarded the special prize of the Rhineland-Palatinate Minister President Malu Dreyer in 2016, and due to the voluntary commitment to integration, received an invitation to the Bellevue Palace from Joachim Gauck. Shaian was appointed musical ambassador of the state of Rhineland-Palatinate and the city of Kaiserslautern in 2019.

Since 2019, Michael Halberstadt has been producing and releasing his own music and video clips under the project „Halby“. The Munich record company BSC Music released the singles „Corner“ and „One more time“ in 2021 and from the collaboration with the Californian artist Velvet Orchyd a cover version of the Lana DelRey song: “ Blue Jeans“ was released on 18th November 22 .

In addition to his project „Halby“, Michael Halberstadt performs as a soloist ( guitar, vocals ) and together with the pianist Tebriz Xelilov, who comes from Azerbaijan.

„Its all one Song“ Neil Young